August 6, 2015—Chicago. As cities go, it’s the best. Of course, I am biased, because I was raised a mere 45 miles from the Windy City. I even lived and worked there as an adult, from 1993-1998.
Chicago has so much to offer, especially the food. You could eat in a different restaurant every day of the week (and I don’t mean the chain restaurants) and never repeat yourself and barely repeat the ethnicity of the cuisine.

Jim and I settled into our campsite in Elgin, Ill., a western suburb, on Sunday, and then visited with Jennifer and her family. We then decided on how we were going to spend the few days we reserved to “tourist” Chicago: Monday, the Museum of Science and Industry; Tuesday, an architectural riverboat tour; and Wednesday, a visit to the Field Museum of Natural History and the Millennium Park.

Museum of Science and Industry

As a child, I had visited the Museum of Science and Industry (MSI) many times. We loved going there, because even 50 years ago, the museum was interactive. I remember my favorite exhibits were the development of human life (fetuses in various stages of development); the coal mine; the U-boat; and the television exhibit, where we would walk in front of a huge TV camera (they were BIG back then, and only shot in black and white) and see ourselves on a monitor. Hi, Mom! I’m on TV! It was a blast.

The fetuses are still there, and they are still as interesting to me today as they were when I was a child. The coal mine and the U-boat (German submarine) are now paid exhibits; we chose not to visit them because both Jim and I had been in them before. The television exhibit I knew would not be there. Kids are not impressed with walking in front of a camera and being on television! They do it every day! Such is technology.

Jim had not visited MSI since he was in the Navy in 1955, so he was eager to return. It was the one thing he wanted to do in Chicago.

We were both disappointed.

Interactivity is good, but the museum has too much interactivity, which results in too much noise. Too many things going on at one time. And too many kids. All the kids want to do is pull levers and push buttons; they don’t stop to read and learn anything. The science, too, has been dummied down to fit into an abbreviated attention span. 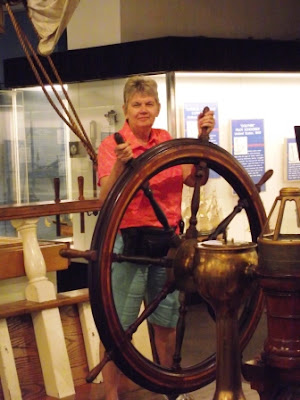 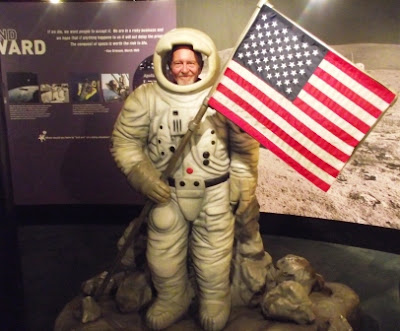 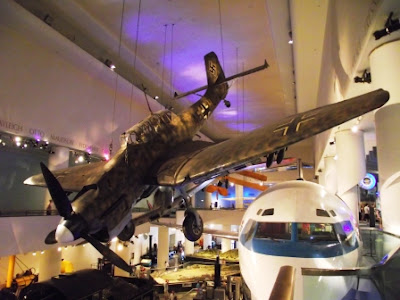 I think we both enjoyed the last thing we visited at the museum: The Silver Streak Pioneer Zephyr. This train had sat outside of the museum for many years. For that reason, I don’t think I had ever been in it. When the museum expanded (and also put its parking underground, a surprise to me), the train was brought inside and restored. We had a tour of the train and were able to go into several of the cars. 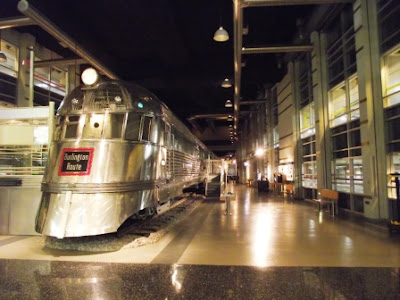 While I lived in Chicago, a friend from Michigan visited me. We did the Miracle Mile; we also took a boat tour of the city.

My friend Sharon (a Peru Group 1965 pal) still works as a docent on the Architectural and Historical Cruises out of the North Pier Docks. When she offered complimentary tickets to a boat tour, I took her up on it. I knew we would both enjoy the cruise.

The cruise offers a perspective of the city that few people get. I don’t know anything about architecture, but I appreciate the variety and differences in style among the many buildings that make Chicago unique. The docent (it was not Sharon, unfortunately) was excellent. She told us the history of buildings and could name all of the architects who created the high rises we gawked at. It was a wonderful 90 minutes. 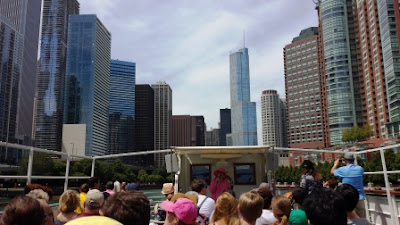 Just as I had enjoyed MSI as a kid, I also enjoyed going to the Field Museum. My favorite exhibits were the dinosaurs and the mummies. They are still there, but they have been improved. In fact, the whole museum has been improved.

Although the Field Museum is much more traditional, it has interactivity. And the exhibits have been put together to capture and retain interest. Jim and I felt we could spend days there; our time was too limited. If we return to the city, we will return there.

Everyone told us we needed to visit Millennium Park, which serves as a town center for Chicago, with its free concerts and other events. We were told we needed to see the Bean and the Fountain Faces (Crown Fountain). No one adequately described what these were.

I don’t think I can describe the Bean. It is a huge piece of architecture that looks like, well, a bean! Its shiny surface acts a giant concave mirror.

In the center of the park is a pool fed by two fountains--tall structures on which surface faces continuously appear and change.

The park offers more than these two features, but that was all we had time to see. We headed back to the subway, but made sure we stopped by a Garrett’s Popcorn Shop. I needed my “fix” of the Garrett Mix—half caramel corn and half cheddar cheese. Jim was disappointed the shop did not offer more varieties of popcorn. Me? I savored every kernel.

The best part of our visit? Need I say it? It was being with my family—my daughter Jennifer, her husband and my two Chicagoan grandkids. Nothing could beat that.