Rally around the Beach Boys

When we arrived here on Tuesday afternoon, there were several hundred RVs parked in various lots around the Atlanta Motor Speedway. Now, there are thousands--I would guess between 8,000 and 10,000. 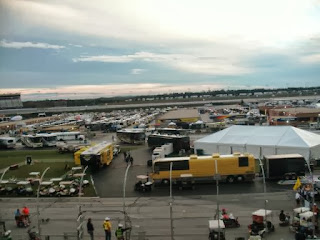 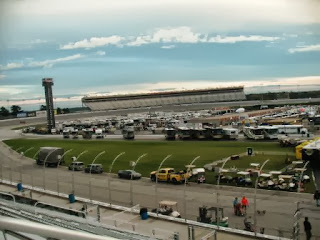 We have spent the last couple of days sitting in various educational seminars on successful RVing. Jim is most interested in better understanding motorhome electrical systems and waste systems. I learned more about using that miracle invention Velcro in RVs. Because we've been at this for going on three years now, I didn't learn too many new tricks, but I did hear a couple of innovative ways to use Velcro. It really is a lifesaver in an RV.

We are now able to run our generator without "breaking" the rules. Jim completed the exhaust stack last night, and it works great!

The cats are basically behaving themselves. Xena was naughty once, but not since then. Oh, yes. Last night she jumped off the couch to go get a snack out of the dry food bowl. After a few bites, she went back to napping. A few minutes later I got up from my computer and discovered that she had deliberately tipped the food bowl over, spilling the bits all over the floor! I don't know what got into her; she's never done that before.

The Rally has a lot of social activities, for those who are bent on socializing. (I am not.) As part of the cost of admission (which, for us, was free), everyone is invited to three concerts. Tonight, it was the Beach Boys, which still has one of the original members, Mike Love. Neither of us was ever a fan of this music group, but we felt that we "had" to go. So we did, for about a half hour. I never went to a Beach Boys concert when I was young. Now I can say I did as an oldster. 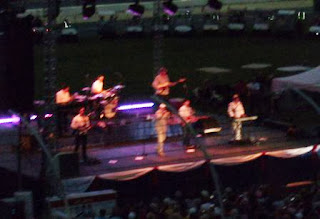 Tomorrow the concert is Vince Gill. I am told he is a country music star. We will probably go to the concert, but I doubt that we will stay very long. 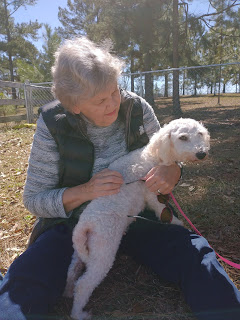