The aliens have landed!

February 18, 2012—Roswell, N.M., has a certain mystique. In 1947 reportedly an alien space craft crashed outside of the city. T
Jim tends to believe in life outside of Earth. Me? Not so much…but maybe. It doesn’t matter. We are in New Mexico, and we wanted to visit Roswell, the birthplace of ET belief.
Roswell is only 75 miles from Ruidoso, but what a difference! Ruidoso is in the mountains and receives considerable precipitation. When we got to the east side of the mountain, the vegetation abruptly changed to the kind that lives in semi-arid (then arid) conditions.
We were surprised by Roswell. We thought we would find a tired, dusty crossroads of a town. Instead, we discovered a pretty vibrant mid-sized city that is home of two colleges and a lot of different industry.
The two primary alien attractions are in the old downtown area. We first went to the International UFO Museum and Research Center, which is housed in an old movie theater. The people who run this nonprofit organization take themselves seriously. They want to prove that the Roswell crash did occur, and that aliens do exist. 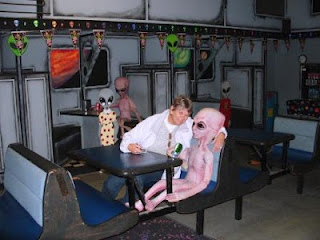 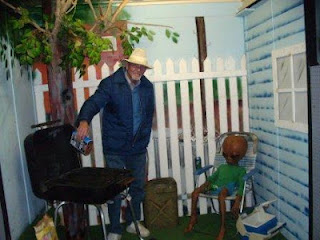 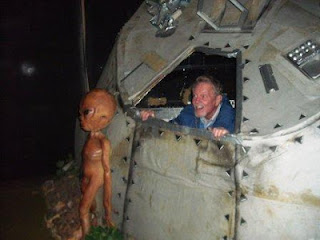 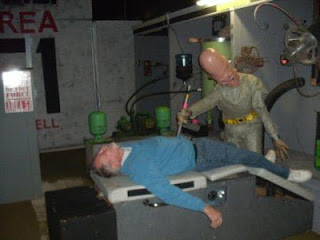 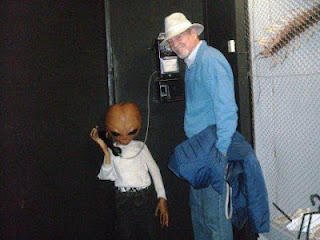 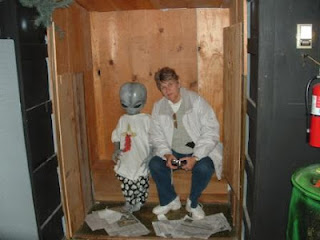 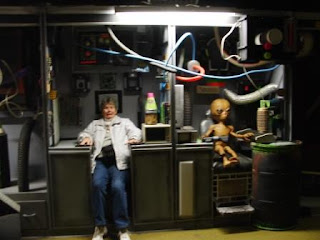 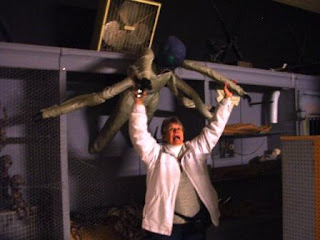 Admission for us old-farts was only $3 each. You could spend an entire day in the museum, if you wanted to read every piece of “proof” the researchers have posted, because most of the exhibits consist of old photos and newspaper articles.
Our Internet research told us that there was a “kinky” place called Alien Zone. At first we didn’t see it, and we started to leave town without visiting it. But, as we were driving away, I saw the “museum,” and we stopped.
We were glad we did.
Yes, it was as corny as a bowl of corn flakes, but it was fun! No “research”…this place just had “aliens” posed in various scenarios. For the price of admission (again $3 each), we could sit and “chat” with all the aliens and take all the pictures we wanted. When we left, we each bought a tee short for the reasonable cost of $7 each.
If you ever go to Roswell, be sure to go to the Alien Zone. You can skip the International UFO Museum, unless you want to learn all about the supposed 1947 crash. But be sure to take your picture with ET.
Until next time,
Your Reluctant RoVer,
Linda
at February 18, 2012