On the road again and again

November 17—It’s a good thing home is where the heart is, because I haven’t been “home” for a while. Last week, I was not a Reluctant RoVer; I was a Squished Sardine, as Jim dropped me off at the airport to visit my Chicagoland family. Traveling by air used to be fun; now it is a chore.
A few weeks ago, we heard on the news that the TSA was no longer going to require shedding your shoes as your went through security at airports. That must have been at “selective” airports, because TSA still requires you to tread shoeless through the security zones.
The last time I departed through the Jacksonville airport, I was automatically sent through the full-body x-ray. Although I did not relish having some TSA officer see my naked body (or whatever they see), it was a lot easier to do that than to get patted down, which inevitably happens because my two artificial knees set off the alarms.
This time, however, I was herded through the security line, thinking I would be going through the x-ray scanner. Nope. Turns out, now you have to ask to have that done. I guess they had too many complaints. So, I ended up getting patted down. (On the return trip out of O’Hare, I asked to be scanned; it went much more quickly.)
My visit with my daughter and her family was great. The kids are growing so much, and they are smart as whips (as are my other grandchildren, too). We played games and read books. Ben, who is in first grade, read me a book, and I learned that one of his (and Campbell’s) favorite pastimes is to play “office”. I started to read The Secret Garden to Campbell, who is 8 and in third grade. The book was on my e-reader. When Jennifer and I saw a copy at a store we were shopping, I bought it. That night Campbell said, “Grandma, let me read it to you!” And she did. I thought it would be too advanced for her, but not so. My visit also included watching Campbell skate in a solo competition (and winning third place) and watching Ben practice with his gymnastics team. 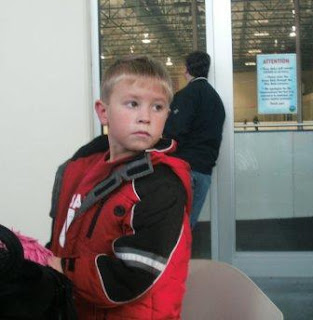 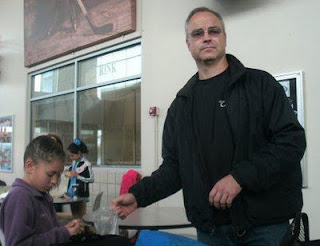 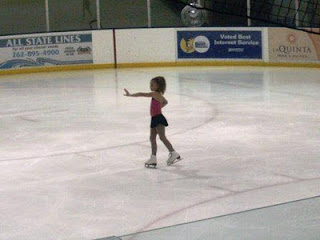 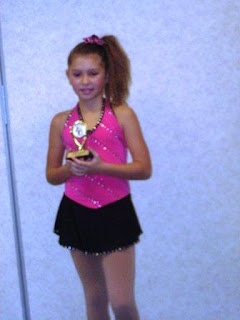 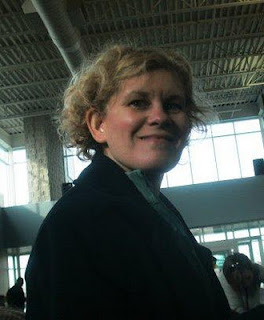 Yesterday, barely 24 hours after returning home from Chicago, Jim and I hit the road again, in our Baby. We are in Eustis, Fla., north of Orlando, at a Good Sam Rally, called a Samboree. The place where we are staying has room for more than 900 RVs. I believe this rally has about 400. It is wall-to-wall RVs as far as you can see.
Good Sam’s is a club for RVers. We joined primarily for the discounts it offers at RV parks, as well as its insurance program (which is actually through GM). The cost to join is minimal for the benefits you receive, including a monthly magazine.
Since it is a club, Good Sam’s has state organizations, and they, in turn, have chapters. RVers can join one or more chapters, if they wish. Why they would want to do this, I’m not sure. None of these appeals to me. But, apparently, some people (a lot of people) like to do things in groups—travel in groups, play games (not my thing), and have dinners together.
OK, I’ll admit it: I am not a social person. I don’t like group activities. It is painful even to go to parties. I get my social needs satisfied on a one-on-one basis. My idea of having fun is to play golf or curl up with a book or do something on my own or with my husband or family. Once in a while I like to have lunch with “the girls,” but to join a group and do “things”? Not for me.
So, we’re having “fun” at this Samboree, if you consider spending two hours at an opening ceremony last night listening to people thank other people fun. We were told we had to wear a “first timer” ribbon and to go to a meeting at 8 a.m. this morning. Another 90 minutes wasted listening to people tell all of us “first timers” about their chapters…how much fun they have playing cards, games, going camping once a month, and eating together. Not my idea of fun at all.
But the time is not all a waste. The Samboree is next to a fair grounds, where every Thursday there is a flea market. We walked around the market and picked up some sweet oranges, nice tomatoes, and a bicycle! We’ve talked about taking bikes with us as we travel, but Jim’s was an old three-speed with skinny tires that needed to be replaced. Now he has a nice 18-speed bike with nubby tires that are good for off-road riding. We picked it up for a song—$35. I bought a new bike when I moved to Florida in 1998. I haven't ridden it since, well, about 1999. It's hanging in the garage, waiting for Jim to put on a comfortable new seat.
So, that purchase in itself has made the Samboree worthwhile. And, of course, being out on the road with my husband makes it worthwhile, too.
Me? Give me a computer, my e-reader, and a golf course and I’m a happy camper.
Until next time,
Your Reluctant RoVer,
Linda
Posted by Linda