I remember the day when my husband planted the RV seed. It was early last spring and there was an RV expo at the state fairgrounds. He showed me the newspaper ad and said, “Let’s go.”

I didn’t mind looking at RVs. I knew some of them could be quite luxurious. The outing would be fun.

The expo had everything you could imagine: light weight trailers and all kinds of motor homes—big ones, little ones, tiny ones, deluxe ones, ones that could sleep six and had enough room for a king-sized bed and a fireplace. They ranged in price from perhaps $10,000 to more than $750,000.

As we toured one RV after another, amazed with the amenities some of them offered, my husband would say, “Now can’t you see yourself driving one of these and living in it?” And I would answer, “Absolutely not.”

Looking at RVs was one thing; buying one and living in it was another.

Frankly , the big towables (even the light-weight trailers) and motor homes scared me. I couldn’t imagine pulling one behind a vehicle, a vehicle we would have to buy, since our Murano was not capable to towing that much weight. The only type of RV I could envision myself driving was what I considered a souped-up converted van (which I now know is a Class B).

We left the expo and didn’t talk about RVs for several months. Then one day Jim said, “I don’t want to live in Florida the rest of my life. I want to sell the house and move away.”

The idea was not appealing. Although I never expected to live out my life here, I’ve lived in this house and this community longer than I have lived anywhere else. Besides that, we have a nice house in a nice neighborhood: It backs up to a small pond that is home to an assortment of wildlife; we have a swim-spa that affords me pleasurable exercise and a retreat for the two of us to relax under the stars. It would be hard to give these things up.

“You can have a swim-spa wherever we decide to settle down,” argued my husband. “And we can pick a place on water, if that’s what you’d like.”

My answer was a non-answer. I did not want to commit to moving. Jim knew he had to let the idea percolate—and it did.

We moved to Jacksonville eight years ago from south Florida, when I took a job in this area. Jacksonville is an OK place. I like the fact it is populated with people from all over the United States, including the Midwest (unlike south Florida, where every other person is from New York, New Jersey, or Philadelphia.) And I like the slight change of seasons we experience (although we usually seem to skip fall and spring).

What I don’t like about Jacksonville (and Florida) are the high taxes, the high insurance rates, the high utility rates (I’m tired of paying $380 a month to heat or cool my house) and the interminable hot, humid weather for eight months out of the year (better than snow and subfreezing temperatures, however).

It took a while, but I finally realized the “don’t likes” outnumbered the “likes” and I finally agreed to move, provided Jim get the house ready to sell.

Needless to say, Jim has been busy. The house is not yet on the market, but we are definitely committed to find a new place to live.


Until then,
Linda, your Reluctant RoVer 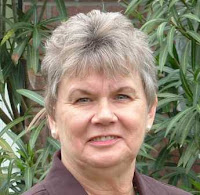